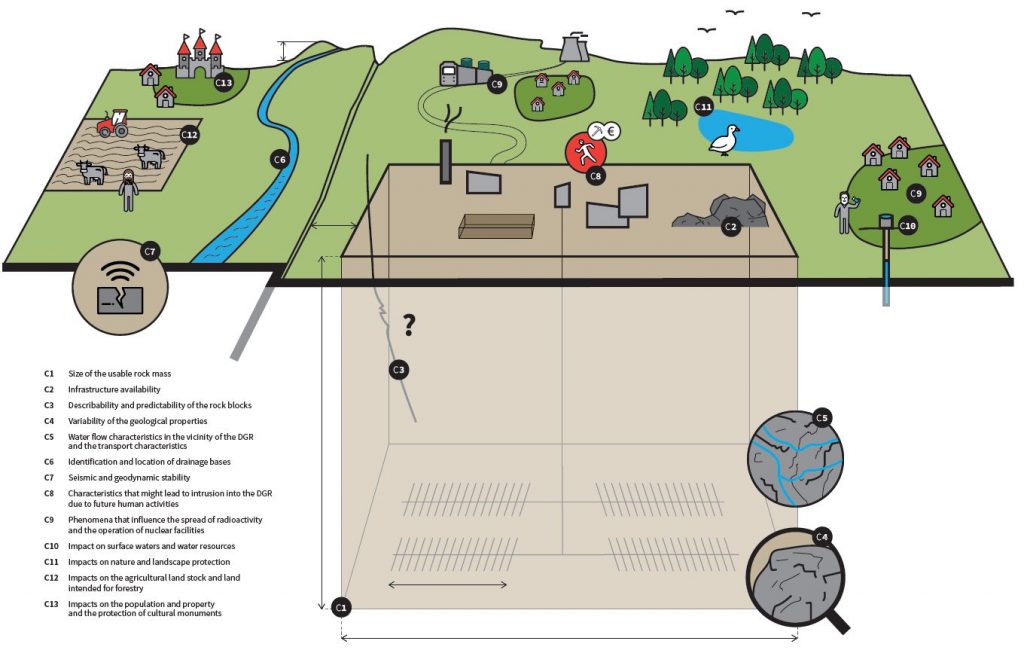 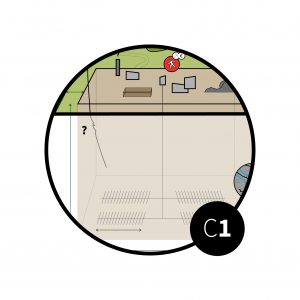 In order for the construction of the DGR to commence, it is necessary to find a rock block that is sufficiently large and compact to house the whole of the facility with a sufficient reserve. With respect to the Czech Republic, the DGR will be located in a crystalline rock mass made up of granite or gneiss. It is planned that the radioactive waste will be disposed of at a depth of 500 metres below the earth’s surface. The C1 criterion includes several so-called indicators concerning, for example, whether the rock block is split at depth into several blocks and the thermal properties of the rock, i.e. how the rock will dissipate the heat emitted by the specially-constructed waste containers.

Why is the criterion C1 important?

The repository can only be constructed in a rock mass that is sufficiently large and compact. Once an ideal rock mass has been determined, it will be necessary to compile a description of all the phenomena that affect the rock mass today and that are likely to occur in the future. Experts need to obtain the maximum amount of information so that they are able to plan the construction of the repository in the most responsible way. 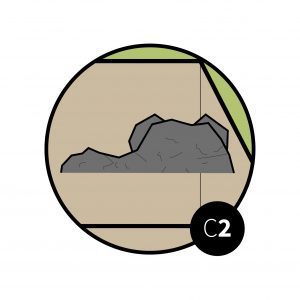 The completion of an investment project of the magnitude of the future DGR is, of course, dependent on the available infrastructure, i.e. railways, roads, electricity connection, etc. Therefore, the assessment process concerning the comparison of the potential sites must take into account the removal and disposal of the rock that is excavated during the construction of the repository. Some of the rock material will subsequently be used during the DGR closure process and, due to the expected high quality of the rock material, it will also be possible to use part of it for the construction of, for example, new transport infrastructure in the vicinity of the repository.

Why is criterion C2 important?

Care will be taken to ensure that the excavated material is disposed of within 20 kilometres of the construction site and that the rock is not unnecessarily transported over long distances.

Criterion C3: Describability and predictability of the rock blocks 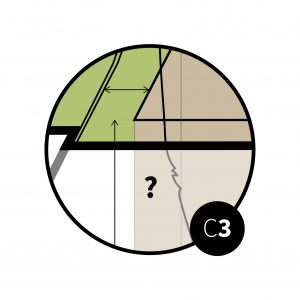 This criterion covers the detailed assessment of both the rock block considered for the construction of the repository and the geological conditions in the wider surroundings of the facility. The candidate sites have been described as accurately as possible and, on the basis of the data obtained, experts have created so-called spatial geological 3D models. The next phase will focus on descriptions of all the boundaries identified in the rock blocks. However, this will require detailed measurement and drilling survey work at the 4 recommended sites at distances of up to several tens of kilometres from the respective rock mass.

Why is criterion C3 important?

The determination of detailed information on the rock mass makes up one of the fundamental conditions for the design of deep geological repositories. It is necessary to determine exactly what the rock mass looks like deep underground.

Criterion 4: Variability of the geological properties 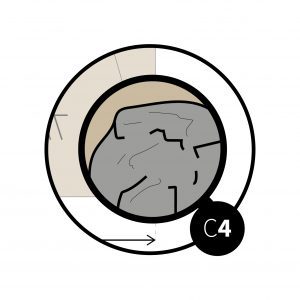 Since the ideal rock environment in terms of the siting of the future DGR consists of a large block of homogeneous rock, experts are focusing on the so-called spatial variability of the rock, i.e. on whether the rock mass and its surroundings are made up of several different rock types or just one type, the arrangement of the various rocks and the relations between them. The petrographic variability monitors the degree of diversity of a given rock block. For example, granite may feature several different variants within one rock mass, differing, for example, in terms of grain size or the proportions of individual minerals.

Why is criterion C4 important?

The analysis of variability demonstrates whether a given candidate site (specific rock mass) is relatively suitable or, conversely, features characteristics that are unfavourable in terms of the siting of the repository. 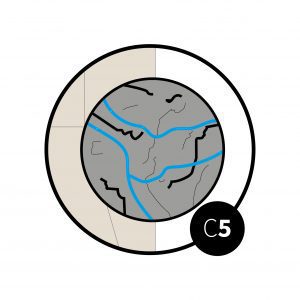 It is important for the deep geological repository that the amount of water in the rock mass is as small as possible and that it flows as slowly as possible. This criterion considered the velocity of water penetration from the surface into the ground and, possibly, back to the surface, the relevant water transport pathways and several other characteristics. The result consisted of complex hydrogeological models that provide the most accurate indication possible of the water conditions at the potential repository sites and their surroundings.

Why is the criterion C5 important?

Groundwater will be the most likely carrier of substances from the future deep geological repository if the engineered barriers (including the disposal containers) become damaged after thousands of years. Therefore, rock masses with low water permeability and a minimum of fractures are most suitable for DGR siting. 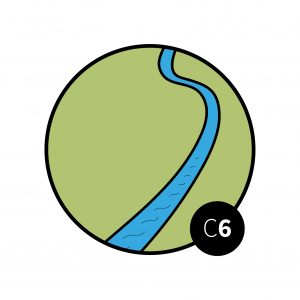 In addition to the velocity of water flow, it is also important to determine to where the water flows from the repository and via how many water courses, and how far the repository is from the nearest drainage base, i.e. the location at which the underground water accesses the surface.

Why is criterion C6 important?

It is possible that after several tens to hundreds of thousands of years, radionuclides will escape from the repository. Although the amount of radioactivity will be significantly lower than today, it is still important that radionuclides should disperse to the greatest possible extent through the various drainage outflows. 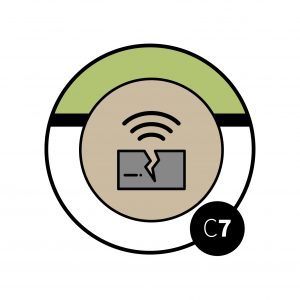 The rock mass in which the DGR will be constructed must be stable. Since the rock block will be required to move as little as possible, it must not be situated in an area that is liable to earthquakes. Moreover, erosion processes, i.e. the natural removal of soil and rock, should be as gradual as possible.

Why is criterion C7 important?

It is essential that the repository and, thus, the environment in which it is located, be as stable as possible and that this factor is unlikely to change significantly in the future.

Criterion C8: Characteristics that might lead to intrusion into the DGR due to future human activities 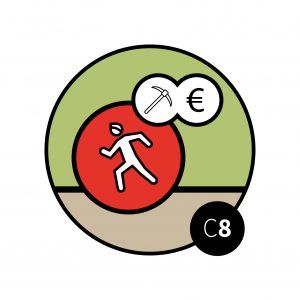 Since the deep geological repository will be required to serve its purpose for many tens of thousands of years, it is important that there should be no human intervention, either intentional or unintentional. Therefore, it is necessary to find a site where, for example, there are no deep mineral reserves that might be mined in the future and that does not provide a source of drinking water.

Why is criterion C8 important?

The repository will be closely monitored for many years even following the permanent closure of the facility. While it is possible to accurately predict the various geological and hydrogeological factors, it is impossible to predict, for example, the political situation in the Czech Republic in 3,000 years and, indeed, whether the Czech Republic will still exist at all. However, since the safety of the DGR must be ensured at all times, experts are working hard on planning the prevention of any intrusion into the facility in the future.

Criterion C9: Phenomena that influence the spread of radioactivity and the operation of nuclear facilities 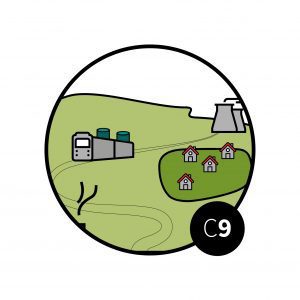 This criterion concerns such phenomena that may occur during the operation of the repository and takes into account population densities and the length of the routes from nuclear power plants to the repository.

Why is criterion C9 important?

While the probability of an emergency situation is very low, experts must take into account all potential variants and prepare for all the possible scenarios so as to guarantee the highest possible level of safety and the minimisation of risks. Thus, it is necessary to assess the population density and the length of the routes between nuclear power plants and the repository (which should, ideally, be as short as possible). 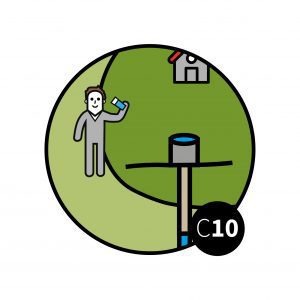 Since the deep geological repository will involve intervention into the local geological environment, it will be necessary to assess the potential impact of DGR construction on the local surface water and groundwater systems, including resources that are consumed by the local population. Criterion 10 addresses water resources both near to and more distant from the repository.

Why is criterion C10 important?

Water is a priority not only in terms of its necessity for human beings, but also in terms of DGR safety. Thus, maximum attention will be devoted to this issue. 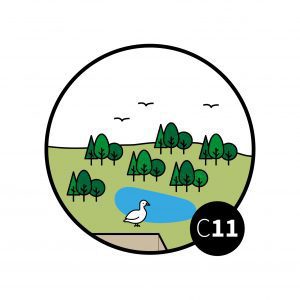 Any construction at the scale of the future DGR will affect its surroundings to some extent. One of the fundamental conditions is, therefore, that the construction of the deep geological repository exerts the minimum number of negative impacts on the landscape and the local nature. The criterion addresses, for example, the distance of inhabited locations from the surface area of the repository and the monitoring of routes used by local wildlife.

Why is criterion C11 important?

The construction of the deep geological repository must not adversely affect the local landscape and must comply with nature protection standards. Most of the repository will be underground; however, the surface area must be sensitively located so as not to negatively affect its surroundings. The aim is to find a solution that will affect the current character of the landscape as little as possible and that will conform to the requirements of the affected municipalities where practicable. It is planned that the construction of the DGR will commence at the finally selected site in 2050.

Criterion C12: Impacts on the agricultural land stock and land intended for forestry 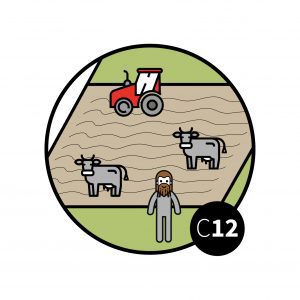 This criterion serves for the assessment of the land on which the surface area of the repository will be located, i.e. whether it is agricultural or forested land.

Why is criterion C12 important?

It is necessary to proceed in a way that ensures as much respect as possible is accorded to agricultural land and forests. The repository will not be located in areas where its construction will disrupt profitable farmland or unique forested areas.

Criterion C13: Impacts on the population and property and the protection of cultural monuments 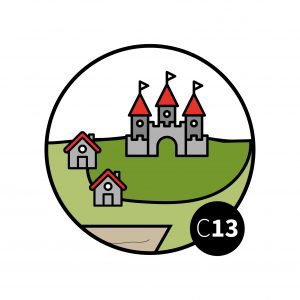 All construction projects, including deep geological repositories, involve a certain degree of disruption to the lives of people who live nearby. This criterion assesses to what extent the repository project will affect the inhabitants of the respective region and how it will affect their property and, for example, whether it affects listed buildings of cultural interest.

Why is criterion C13 important?

Interference with the normal operation of the affected municipalities will be kept to the absolute minimum, including dust and noise levels. If deemed necessary, measures including the construction of e.g. noise barriers will be considered.

Text can be downloaded here.