is located in the complex of the nuclear power plant

The Dukovany repository, which is located in the complex of the nuclear power plant of the same name, occupies an area of 1.3 hectares and is made up of concrete chambers constructed on the surface. It is intended exclusively for the disposal of low-level waste from the operation of both Czech nuclear power plants, Temelín and Dukovany. It is not and will never be used for the storage or disposal of spent nuclear fuel. The repository was put into operation in 1995, making it the youngest of the Czech Republic’s three operational repositories.

Around two thousand waste containers are disposed of at this disposal facility each year containing mainly contaminated protective items, cloths, paper, old wiring, building rubble, etc. Some of the waste originates through the water management process of the two power plants, i.e. waste water, sludges and ion exchangers. Since the disposal of liquid waste is prohibited, this type of waste has to be processed employing specially-designed technologies. In the case of waste water, the waste is condensed in a vaporiser and the resulting concentrate is solidified using a solidifying agent usually bitumen (bitumenisation –  the evaporation of residual water on an asphalt film). Combustible waste is sent for incineration at specialised incinerator plants in Studsviku, Sweden. The ash is subsequently returned to the Czech Republic for final disposal.

History of the country’s only surface repository 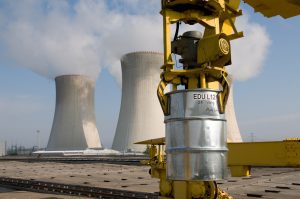 The construction of the youngest radioactive waste repository in the Czech Republic by the ČEZ power company (formerly the Czech Power Company) commenced in 1987. The repository was designed to provide for the disposal of all the so-called operational waste produced by Czech (originally Czechoslovak) nuclear power plants, even in case of the extension of their planned lifetimes. It consists of 112 reinforced concrete chambers arranged in four rows. The disposal area occupies an area of 13,370 m2 and the storage capacity 55,000 m3. The repository was put into permanent operation in 1995.

Since the repository is located within the Dukovany nuclear power plant complex, all the various monitoring activities are coordinated with the NUVIA company. Samples of water are collected regularly from rainwater drainage collection wells and monitoring boreholes in the vicinity of the disposal facility. The analysis of the samples has served to prove that there has been no leakage of radionuclides from the disposed of waste to the present day. Regular monitoring is also conducted of workers and visitors to the repository. The records kept of the doses received by these persons show that they are well below the legal limit.

The total disposal volume of the Dukovany repository is 55,000 m3. To date, around 20% of the total disposal capacity has been filled. In August 2016, the D5 chamber was closed and disposal continues in the D8 chamber. The graph illustrates the amounts of waste disposed of in individual years since the repository was transferred to SÚRAO management. 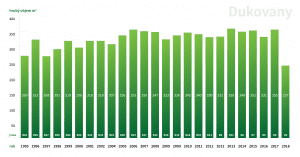 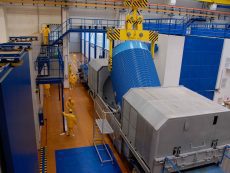 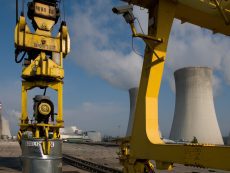 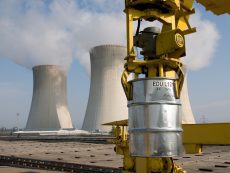 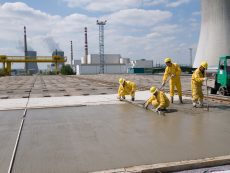 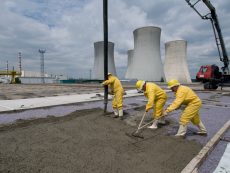 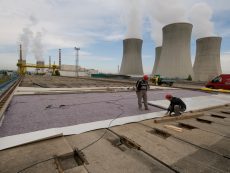 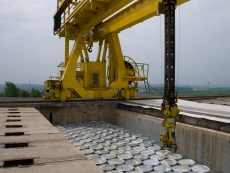 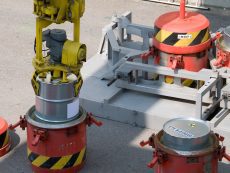 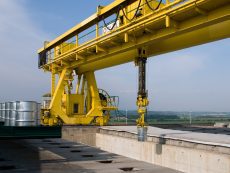 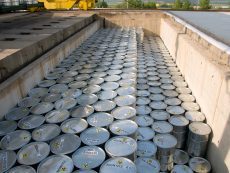