The deep geological repository and its benefits for the region

The deep geological repository represents a significant investment project which, over many years, will provide a number of mainly economic benefits for the municipalities and region involved.

The key benefits of the construction and future operation of the deep geological repository can be divided into the following areas – support for employment in the region; improvements concerning transport services and infrastructure; improvements in the quality of other services; contributions to municipal budgets.

Improvements in the quality of services

In parallel with the construction and operation of the deep geological repository, it will be necessary to provide services for the people who will work at the facility. This will serve to expand and improve the quality of existing services in the local area. Changes will concern, for example, education, healthcare, transport services, etc. There will also be an increase in safety and security in the micro-region via the strengthening of the police presence and the integrated
rescue system, including the establishment of a new fire and rescue service.

The construction of the deep geological repository will lead to the upgrading of existing, and the construction of new, local access infrastructure (roads, pavements, public lighting) possibly including the construction of bypasses for local municipalities, all of which will ensure the improvement of transport services (e.g. regular bus lines). Priority will also be given to the provision of a mobile telephone network of the highest quality. The construction of the surface facility will also lead to the expansion of the infrastructure capacity concerning e.g. the natural gas, sewerage and drinking water networks. Depending on the final site chosen, it might also be possible to introduce new passenger rail services in view of the fact that the repository will be connected to the railway network.

Development of property prices in the vicinity of the repository

Experience gained from the operation of other nuclear facilities in the Czech Republic (the Dukovany and Temelín nuclear power plants) indicates that it cannot be assumed that in the future the construction and subsequent operation of the deep repository will have a negative impact on property prices and the depletion of the local population. On the contrary, due to the creation of new employment positions and the associated increase in supply services, as well as the expansion of the essential infrastructure, it can be assumed that the level of interest in the local housing capacity and building land in the area will, in fact, increase. Currently, for example, the situation is very similar in Finland, where the Olkiuloto nuclear power plant and the planned Onkalo deep geological repository are located near to the town of Eurajoki, which has a population of around 10,000. 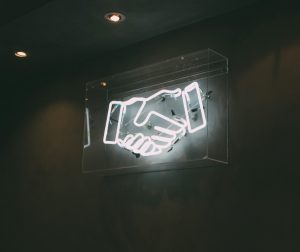 According to legislation, financial contributions are available for those municipalities within whose borders so-called exploration or protected areas are defined in connection with the process of determining a suitable site for the deep geological repository. The amount of such contributions is precisely defined by legislation as follows:

Following the commencement of DGR operation

The calculation of financial contributions to municipalities during the operation of the deep geological repository will be based on the volume of spent nuclear fuel and high-level radioactive waste disposed of at the facility. The amount of the contribution from the nuclear account for the municipality in whose cadastral territory the repository is located will be CZK 4,000,000 per year according to current legislation. Furthermore, the municipality will receive a further contribution of CZK 10,000 for each cubic metre of radioactive waste disposed of in a given calendar year, which will be paid in the first half of the following year.

Complete text can be found here.